We are running a campaign for one of our clients that is about a fluffy heart with GPS hardware that is travelling through the country. It looks something like this: 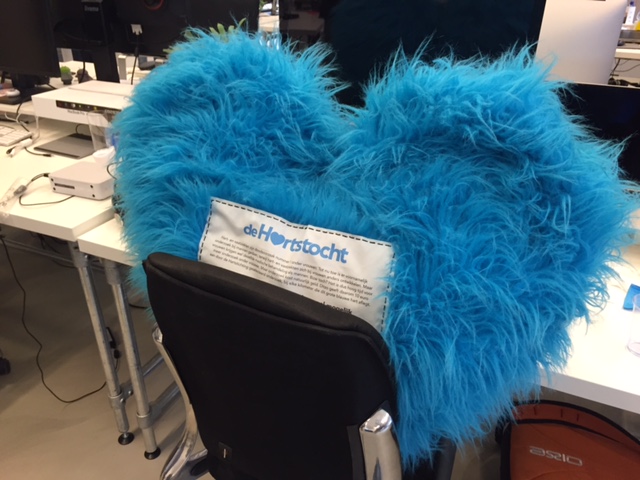 We'll get deeper into this campaign in another post on The Marketing Technologist, but for now it's enough to know that for every kilometre the heart travels our client will donate 10 euro to a good cause.

We are already using the GPS location, which was made available using an public API, in our display ads (in both our creatives and targeting). But we are also doing some SEA for this campaign, so why not also use the GPS coordinates in Adwords?

We want to achieve two things:

In this post I'll talk about the first goal. Let's get started.

Go to the Scripts section in the Adwords Web application (Bulk operations > Scripts). Before we can update the campaign's targeting location, let's find our campaign first.

Now the variable campaign refers to your campaign. In our scenario we have only one campaign that matches our campaign name.

When you want to get the proximate location (remember we want to target with a radius), we need to use targetedProximities() of your campaign's targeting() method. Unfortunately there is no good way to update a location, so we first have to remove the existing ones. To do this we have to get all the locations and call the remove method on them one by one.

Now your campaign has no more proximity locations. It's time to add our new location. We have to add this location by using its lattitude/longitude coordinates. It's easy to get these coordinates for an address using a service like http://www.latlong.net.

We can now add the coordinates to the campaign using addProximity. The first two arguments of this function are the lattitude and longitude values. The third one is the radius, followed by the unit of the radius (KILOMETRES or MILES). Make sure your coordinates are both numbers.

Save your script and preview it. Your preview panel should look something like this.

Get location data from a remote source

Although it's fun to write these scripts, it's not really useful to hardcode those lat/lng coordinates. In our case we have these data available through an API, so let's see how we can use this data in our script.

I've seen some people use a spread sheet to read an API, and load the spread sheet with the API in Adwords. I'm not going to do that; I want to load the API directly in our code.

Our API returns this JSON data:

We can read this API using the fetch method of UrlFetchApp. We only need to pass the URL of our API.

To easily get the values we can parse the response text to JSON.

Now we can read the lat and long like this:

Awesome. We also have to handle any errors that may occur, like a 404 when the API is not available. We want to check if the HTTP response code is not 200 ('Response is OK'), and print an error otherwise.

We've written a script that updates a campaign's targeting location based on data that is loaded from an external data source. Our complete script looks like this:

We want to update the location every hour. Return to your scripts overview page. You should see something like this:

Click 'Create schedule'. In the appeared popout select 'Hourly' and save it.

You script will now run every hour.

Next time I'll get into how to display the distance the heart travelled in our ads by the hour. I also have a post coming up about how we've used GPS in our display campaigns, so stay tuned!