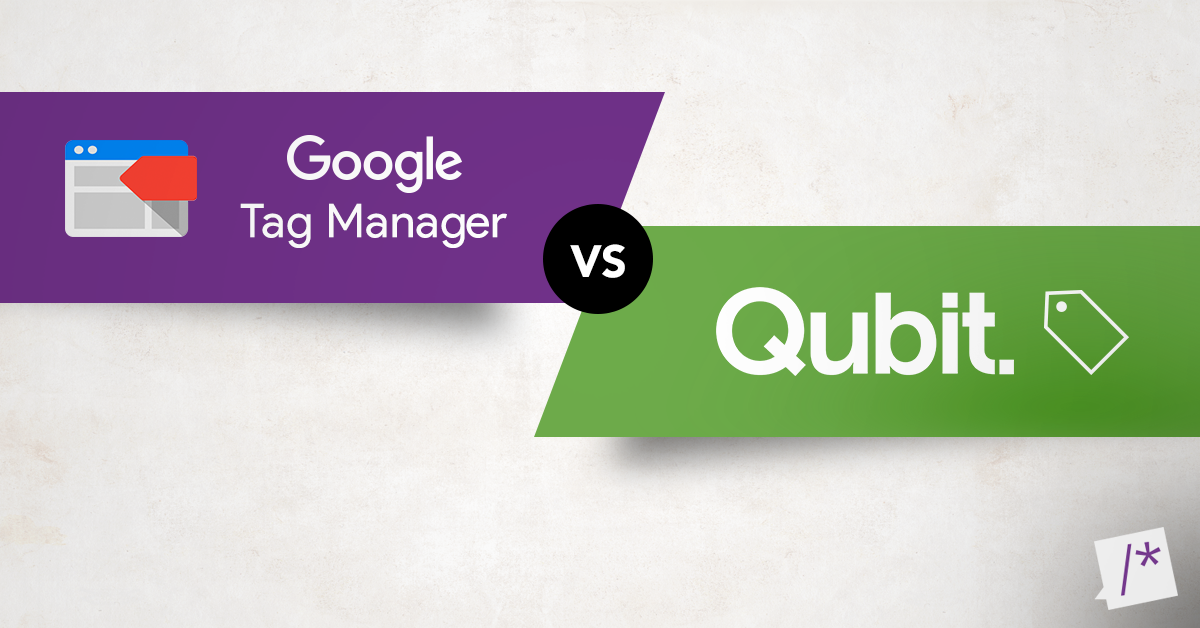 At Greenhouse Group, we’ve been working with tag manager for over 3.5 years now. Over the last part of that period, a lot of articles popped up about Google Tag Manager (GTM), Google’s solution to tag management. It’s a great option, but there are some other vendors out there that also offer great tag management systems (TMS). A TMS that we have used and still use a lot is Qubit Opentag, which was recently updated to version 3. So I thought now would be a good time to discuss this TMS and how it compares to GTM.

How Qubit became our tag manager of choice

First, let’s rewind back to late 2012. We were just starting to look at tag management options for our clients. Qubit popped up as our number one choice because of three reasons:

The first benefit is clear, as cookie consent windows were about to become mandatory for all websites in the Netherlands (where most of our clients are located).

The second one is extremely powerful. The option for dependencies allows you to easily fire tags in order. Let’s look at a basic Google Analytics setup as an example:

This feature is very powerful because you break your tags down into several components. If there’s a new setting we want to apply to each analytics hit we send (page view, event and ecommerce). We simply add it to the core tag, and it’ll be applied to all dependent tags.

The third benefit (open source) allowed us to look under the hood and see how the TMS works.

Back then, GTM didn't have as many features as Qubit Opentag, and therefore it wasn't a serious option for us.

Over the course of 2014 and 2015, GTM catched up to Qubit Opentag, and in some areas even surpassed it. Luckily Qubit released version 3 of their TMS in February 2016. With it, Qubit upped their TMS game. These were the four most important updates for us:

One thing we really missed in Qubit, especially over the later part of the past 3.5 years, was versioning. With version 3, they've added versioning to their TMS, but not as other TMS vendors do it. Where you normally have a version for each release, Qubit has a version for each tag. So if you release a big update, and only one tag has an issue, you can simple roll back to an old version of that one specific tag.

Qubit Change History. It allows you to roll back to an older version of a specific tag with the icon on the right.

2: Keep track of changes with tabs

The second great improvement is the use of tabs. When you’re working on several changes, including tags, load rules, and/or variables, it can be hard to keep track of what you've been working on. Qubit Opentag opens a separate tab within their interface for every change your working on. This gives you an instant overview and allows you to quickly see what has changed.

Qubit shows you an overview of your recent changes by opening a tab for each changed tag, rule or variable.

3: The three states of tags

Qubit allows you to set a tag to three possible states:

The inactive state is a great way to test new tags. As you can see, Qubit doesn’t allow you to delete tags, you’re only able to archive tags. The benefit of archiving over deletion, is that you’ll be able to unarchive old tags instantly. Say your client doesn’t want to use a heatmap tool anymore. You archive it. After six months, they change their mind and see great value in that same tool. All you have to is unarchive the tag, and you’re done.

Besides the big updates mentioned above, Qubit Opentag has some other great features in their TMS:

Now you know what's great about Qubit, it's time to see how it compares to the well known alternative by Google.

When comparing tag managers, I look at four things:

Both GTM and Qubit support roughly the same features. Some features are unique to Qubit and offer a benefit, e.g. tag dependencies, tracking changes with active tabs and tag specific versions. Other features are better in GTM, e.g. variable management. In Qubit, variable management is more quirky as it should be. You set up a variable, and then you’ll need to create a tag specific script parameter to use it. An unnecessary extra step. Though in practice we haven’t really run into this isue, because of the tag dependencies (we only need to put the Google Analytics property ID in the core tag for example).

There’s a key difference here. Google has a large community of users. This will make it easy for the community to answer any GTM related questions. Because of this, you’ll hardly ever contact support. Qubit on the other hand, has great support that’ll normally reply within a day, or within the hour if it’s urgent.

Qubit is free if your volumes are low enough. If you keep to a maximum of 1 million page loads a month, you won’t have any costs. If you top that number, it’ll be $99/mo. After this, it’ll be an extra $99 for each 10 million page loads. GTM is always free. The good thing is that Qubit offers support.

Currently, I would pick Qubit over GTM because of several key differences. Because of these differences, it feels more suited for users with a background in development compared to GTM. Therefore, it's a better fit for me personally. This doesn’t mean that GTM is a bad choice, some of our clients have it running as well, and I also use it for some personal projects.

At Greenhouse Group, we strongly believe in picking the best tool for our clients challenges. Right now, it’s Qubit (though GTM is close), but this might change in the future. To make sure we’re flexible with our solutions, we run tests where we mix different setups: e.g. Qubit Opentag with Google’s dataLayer, or Google Tag Manager with Qubit’s Universal Variable. As long as they both support custom JavaScript tags, we’re able to interchange tag managers if one of them would greatly outperform the other. A comforting thought.

If you’re familiar with another tag manager and like to share your experiences with it, let us know in the comments.