Virtual reality still seems something out of the ordinary for many people. Some definitely think it belongs to the science fiction world, while others think it is very close to becoming realistic and I fall into the latter category. However, even the most sceptical ones should probably consider changing their minds as several companies became increasingly more interested in this technology and its potential applications.

An online grocery service which launched 1000 stores in 2012 all over China. These stores, however, were not made of bricks and steel, but of pixels and bytes. Each virtual store covers 40 by 40 meter square of space and is placed strategically in different locations such as big open fields or considerable large empty places in general. In order to have access to this shop, users need to have the app installed on their smartphones. Then, as they walk in real life, they will simultaneously be walking around the store and viewing items on their phone. 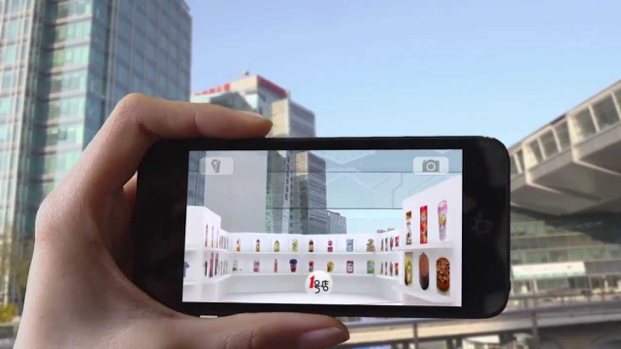 In early 2016 Media-Saturn tested virtual reality in their stores in Ingolstadt and Berlin, Germany. Using the HTC Vive as the means of the virtual device, they are able to display a showcase of kitchens and living rooms to customers. This method provides the user with a certain degree of control over the way how they want their kitchen to look like.

In early April Ikea released an application that runs on the head-mounted device HTC-Vive. The application allows users to construct their dream kitchen and are enabled to walk in the simulated kitchen before they even purchase it. The user can adjust various features and options in the kitchen to his/her liking such as the size, colour and style of objects. 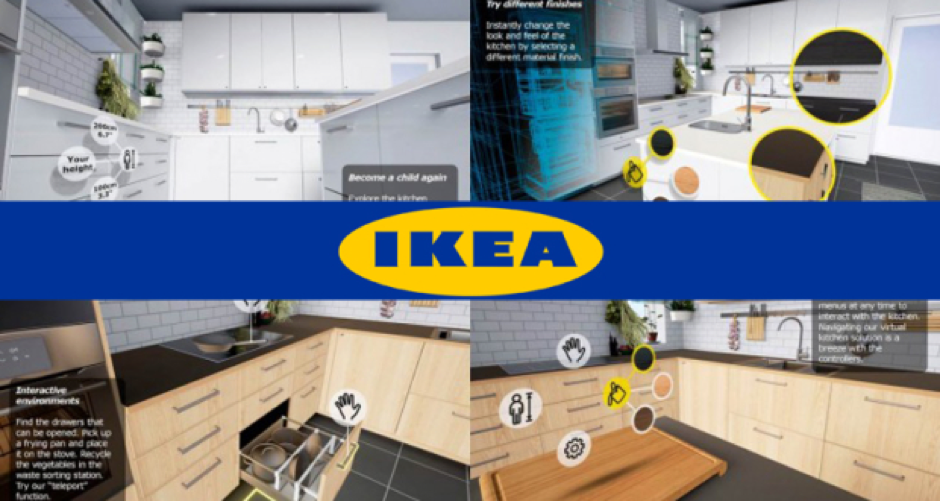 Experience a relevant environment that allows for personalized products

In our approach to the development phase, we decided to develop a prototype with the bare minimum core functionality and not a complete environment, which could be put fully into question with the results from the user tests that would follow. Thus, the user tests allowed us to observe how individuals behave in our virtual reality shopping environment. After that, we made the necessary improvements and performed more tests to see if the changes had successfully tackled the issues we came across with.

The prototype centres on an outdoor store where people would buy their gear and tools for camping or hiking. We aimed for users to shop in the same environment in which they plan to go hiking or camping.

Using the newest Oculus Rift released in 2016 as the technology to connect to the virtual world, a user can walk around the environment and select items on a floating menu. In the image below you can see the floating menu with four items on it in the middle of a forest. A user can select any item and it will be spawned in a location in the environment. When the item is spawned, a sound is produced in the direction of the item.
Besides that, the user has the freedom to walk around in the forest using an external controller.

Figure 3 Menu of the prototype

In the image below you can see a tent which was chosen from the menu. Above the tent are two spheres which control the colour of it. The only available colours for the tent are green and blue. The user can focus on one of the two spheres and the tent will change the colour accordingly. 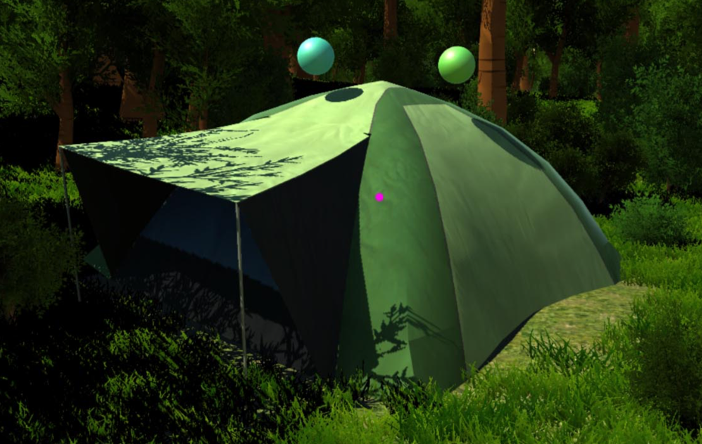 eBay shows us that we’re in the right way###

Two months ago, Myer and eBay together released the very first virtual reality department store called “eBay VR Experience”. It has over 12,000 products available that customers can check by using the shopticals (exclusive VR goggles for this shopping experience).