Coming from an Adobe Fireworks background I was at least to say displeased with Adobe pulling the plug on my favourite tool. Me and the rest of the Fireworks community felt abandoned by Adobe. How would they ever make up for this mischief?

I have continued to use Adobe Fireworks because there is no better alternative, except Sketch. Unfortunately using Sketch at my company is not really an option since not everybody uses a Mac (yet), and we have a Creative Cloud subscription that makes it inefficient to buy yet another license for a tool.

Adobe's Michael Chaize announced project 'Comet' last year at the DDA conference in Eindhoven. I was very excited to hear about a possible competitor for Sketch. So up to until a few weeks ago I waited for this tool I was really looking forward to. When I was expecting a tool named 'Comet' I found out it was released under the name 'Adobe Experience Design'. Here are some notes of my first impression about Adobes new tool. 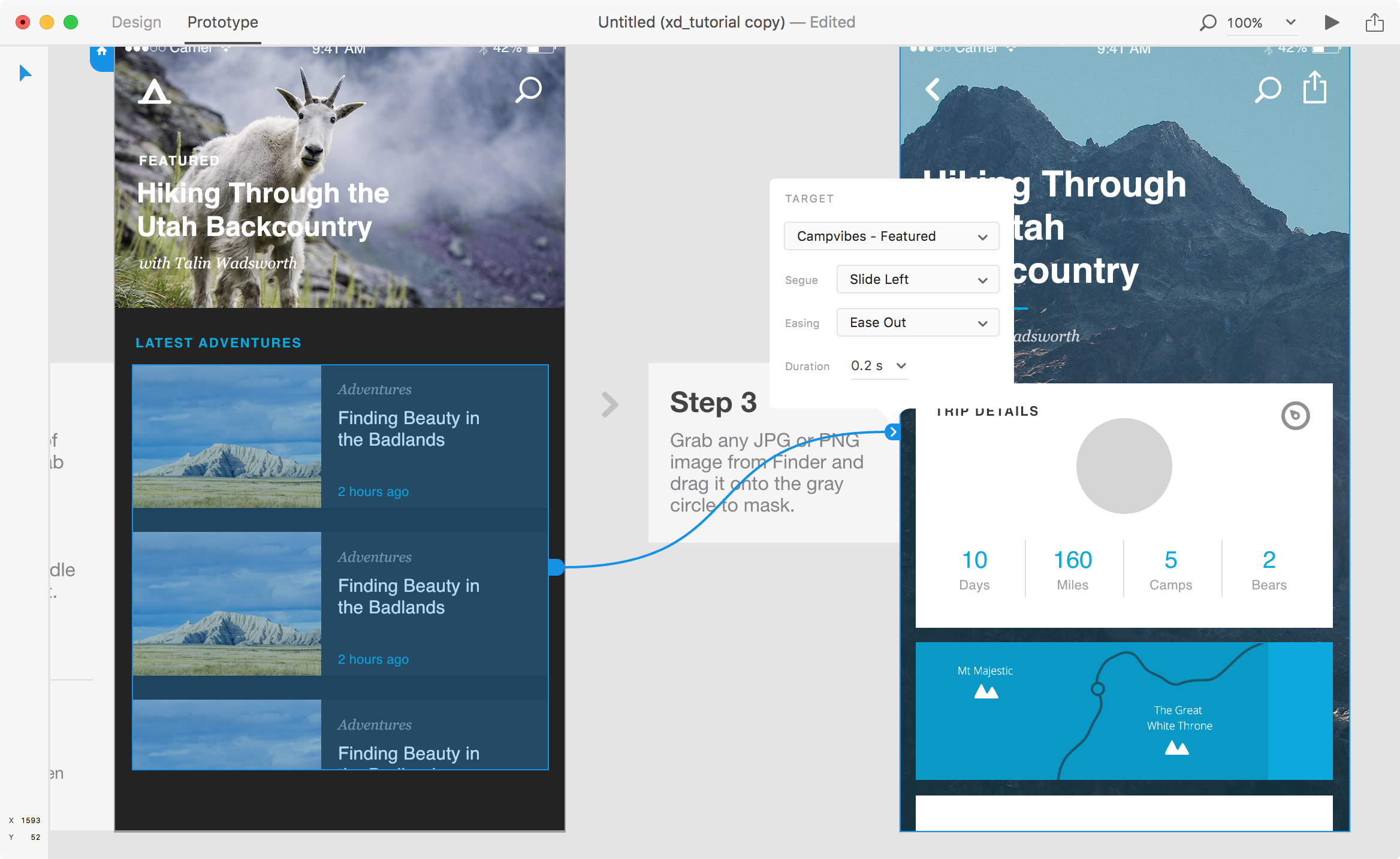 The differences between Adobe Experience Design and Sketch App

If you expect a tool that is similar to Sketch, you will turn out disappointed just like me. Sketch is a full-grown UI design tool, and has great prototyping possibilities as well. After trying Adobe XD for a short while, the absence of essential features came to light.

Yes, this is a first (v0.5) release. So the real good stuff still is in the pipeline and hopefully Adobe is involving the community, is open for discussion and will listen to feedback this time. That would be great.

Quoting this post there are is a lot of sweet stuff coming up in 2016.

It looks like Adobe is off to claim their share of the 'UI & Prototype tool' market. Hopefully this will pull the UI community away from Photoshop and they will make it up to the old Fireworks community. I will keep you updated on future updates.